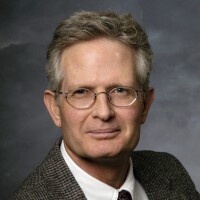 Rodger Sorensen came to Brigham Young University in 1996. Before becoming a professor at BYU, he taught at College of Eastern Utah 1974-1979 (where he also served as the Assistant Dean of Students) and Ricks College (BYU-Idaho) 1979-96 where he served as Department Chair for ten years. He completed his doctorate at the University of Texas at Dallas in 1999. His dissertation is entitled “Alchemy, Nature, and Time in ‘Pericles’ and ‘The Winter’s Tale’.”

Professor Sorensen has directed over a hundred theatre productions, including premieres of original scripts, his own original adaptations, devised pieces, a range of interdisciplinary projects, many operas, musicals, dramas, and comedies. He worked on the Hill Cumorah Pageant near Palmyra, New York from 1978 to 2004, serving as Artistic Director from 1997. Professor Sorensen specializes in teaching directing theory and practice for the stage. His research interests include directing, new play development, Shakespeare, alchemy and chaos theory. He serves as the Focus Group Representative: Playwrights and Creative Teams for the Association of Theatre in Higher Education.

Among his many directing projects, Professor Sorensen’s favorite include Peter and the Starcatcher at the Hale Center Theatre, A Wrinkle in Time and The Importance of Being Earnest at BYU, Fiddler on the Roof at the University of Alaska Anchorage – Mat-Su campus, Long Walk Home (an opera about the 1849 handcart companies), Secret Garden at Provo Theatre Company, Singin’ in the Rain at Tuacahn, The Christmas Miracle of Jonathan Toomey at the Scera Theatre, and Taking Steps at Interplayers Professional Theatre in Spokane, WA.