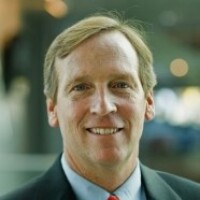 Jeff Dyer (Ph.D UCLA), is the Horace Beesley Professor of Strategy. He was recently ranked #1 on a list of most impactful management scholars in the world (based upon citations and Google searches) among those who received their Ph.D’s after 1991. He was also ranked as the 4th most cited management scholar from 1996-2006 and his “Relational View” article in Academy of Management Review was the 2nd most cited article in business from 1998-2008. Jeff is the only strategy scholar to have published at least 5 times in both Strategic Management Journal and Harvard Business Review. His Harvard Press book, The Innovator’s DNA, has been published in 12 languages and is a business bestseller and his research has been featured in publications such as Forbes, Economist, Fortune, BusinessWeek, and the Wall Street Journal.