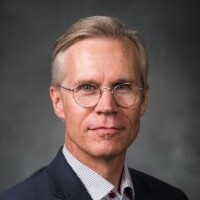 Director of Humanties Center and Professor of English

Matthew Wickman completed his PhD at UCLA in 2000 and began working that year at BYU as a specialist in eighteenth-century British literature. His interests multiply: currently, they include Scottish literary studies of the eighteenth century and after, literary theory, intellectual history, Romanticism, Modernism, interdisciplinary humanities (involving mathematics, law, the sciences, etc.), and more. For three years (2009-2012) he held a joint appointment between BYU and the University of Aberdeen in Scotland, where he was Senior Lecturer of Scottish Literature. He returned full-time to BYU in 2012 and assumed his current position as founding director of the new BYU Humanities Center.

He is currently at work on two book-length projects. One nearing completion, “After Euclid, Before Scott,” takes intersections between literature and geometry as the basis for a reconsideration of literary form and the legacy of the Scottish Enlightenment. The other project, “Tartan Noir, or, Hard-Boiled Heidegger” inverts the normative critical relationship between literature and theory, taking Scottish crime fiction an an explanatory genre for modern ontology rather than the converse. Indeed, this body of fiction makes Heideggerian and other ontologies seem like a reflex of genre fiction in their sheer conventionality, even their kitsch, making for a strange variation on the idea of present-day posthumanism.

He is the author of The Ruins of Experience: Scotland’s “Romantick” Highlands and the Birth of the Modern Witness (U of Pennsylvania Press, 2007), of articles in several venues (Scottish Literary Review, The Yale Journal of Criticism, PMLA, and others), and of numerous chapters in books. He serves on the editorial board of Studies in Scottish Literature and is a member of the MLA Executive Committee of the Scottish Literature Discussion Group.