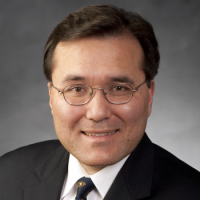 Paul E. Kerry is a Fellow at the Wheatley Institution and associate professor in the Department of History and member of the European Studies faculty. His training spans several universities including Oxford, Harvard, and Chicago and his publications have engaged with European intellectual history, transatlantic ideas, and historiography. His book on Goethe and Enlightenment thought is scheduled for paperback release this year and he is completing a book manuscript on German intellectual history. He is an associate editor of the University of California Press critical edition on Carlyle’s German essays and has served as editor for volumes on Goethe, Schiller, Carlyle, and Mozart. His forthcoming publications include articles on Benjamin Franklin for the Cambridge University Press Cambridge Companion series and on Thomas Carlyle in a book he is co-editing for Fairleigh Dickinson University Press. Last year he co-organized the Transatlantic Ideas of the American Founding conference at the University of Edinburgh (IASH). He has been awarded fellowships at Princeton, Cambridge, Oxford, and Edinburgh and is a Fellow of the Royal Historical Society. Kerry holds a D.Phil from the University of Oxford.