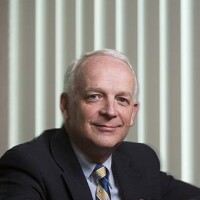 Rory’s professional credits include television productions with companies such as Hasbro, General Foods and Disney. Not many designers can claim that they have designed costumes for Mr. Kool-Aid! His theatre projects include a scenic design for the Utah Sesquicentennial project BAREFOOT TO ZION and design work for Tuacahn for their recent Disney series. His first book with Costume Fashion Press in New York, titled “Costume Design Graphics” was released in 2001. Rory’s research area is Old Testament and Book of Mormon clothing. His creative team completed the historical research and construction of ancient costumes for displays at the Salt Lake Temple Square Visitors’ Centers, and he has worked with the Church on new costume designs for the Hill Cumorah Pageant.