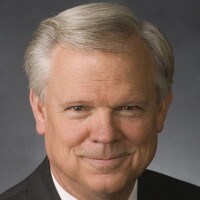 Mr. G. Michael Alder is Director of the Office Technology Transfer, for Brigham Young University at Provo, Utah. He joined Brigham Young University in 2006. Previously, he was an Observer at Kickstart Seed Fund. He is the Chairman of Praktika Inc. Mr. Alder currently serves on the Board of Directors of three technology-based businesses in Birmingham that he helped to found. He serves as a Director of Folia Inc. and Vaxin Inc. He has over 35 years of experience in leading technology based startup companies.

In the last nine years Mr. Alder co-founded nine technology based businesses. He served as Managing Director and Co-Founder of Redmont Venture Partners. Mr. Alder was also a Partner with Redmont Venture Partners, Inc. in Birmingham, Alabama and the Executive Director of the Biotechnology Association of Alabama. He was also a Co-Founder and Partner with Paradigm Venture Partners. Mr. Alder was previously Chief Executive Officer of Emerging Technology Partners in Birmingham, Alabama from 1997 to 2003. Prior to that in 1994, he co-founded the Grow Utah Fund. Prior to that in 1989 Mr. Alder was asked by the Governor to head the Office of Technology Development for the State of Utah, which he did for five years. He held positions with Utah Office of Business Creation and Native Plant, Inc. In 1973 Mr. Alder founded NPI and served as President, Chief Operating Officer, and Vice Chairman of that company for 15 years as it grew to over 700 employees. He co-founded Vaxin Inc. Mr. Alder is also the President of the Biotechnology Association of Alabama. He is also the Chairman of National Centers of Excellence. Mr. Alder was the Director of Tranzyme Pharma; Inc.